The Julia Kemper cellar is a rustic Portuguese cellar, adapted to the modern winemaking.

The current cellar that we recovered, was an original from 1850, all in granite, which underwent a first remodeling in 1950, when a first floor was added, and cement tanks were first built.

It is also in 1950 that the grapes start to be unloaded in the lagares (and in the vats) using gravity. Made up of granite lagares and cement tanks, the wine stage was made in large Portuguese oak barrels.

We can say that the secret of Julia Kemper wines is also in our Portuguese wine Cellar!

In 2007, with the decision to restart producing wine at the Cellar, restoration work was done, preserving the initial structure, but adapting it to modern oenology and viticulture. Thus, a technology was introduced: a cold system for the lagares and all the vats as well as scientific control of the temperature of the cellar and the full record of the oenological operations carried out by the technicians. 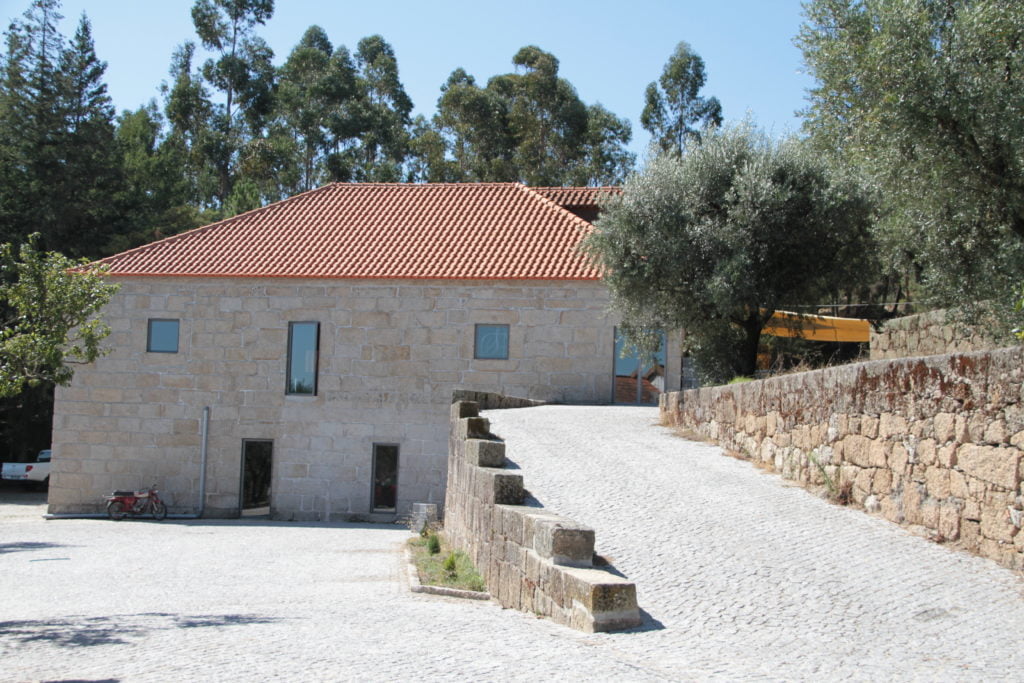 The vats were cleaned, aligned, coated and reduced in size to receive the grapes of each variety. Each vat was given a design and size consistent with the new way of exploring the vineyard (the grape varieties that were together passed with Julia Kemper Wines to being cultivated separately). 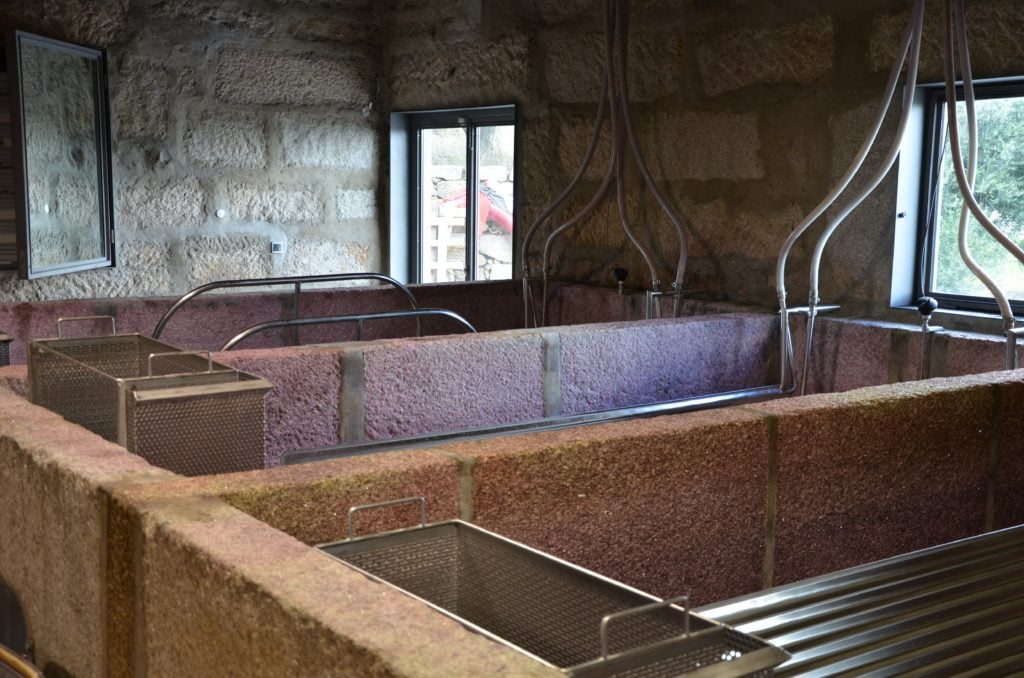 We also use the traditional know-how of the region, maintaining ancestral techniques of wine treading, treading on granite lagares and acquiring new choice equipment, disengagement and crushing, in this case for white grapes and for red grapes within the rosé wines.

Currently with the recent discovery of a lager in our vineyard, we prepare ourselves for the wines of the lager. An ancestral technique, in this case Roman or from the middle age that will allow us to experience – with the stamp of the enology of sec. XXI – how were the wines with more than 1000 years. We will soon have news.

Discover all the experiences and wine events taking place in Quinta do Cruzeiro.

This website uses cookies to improve your experience while you navigate through the website. Out of these, the cookies that are categorized as necessary are stored on your browser as they are essential for the working of basic functionalities of the website. We also use third-party cookies that help us analyze and understand how you use this website. These cookies will be stored in your browser only with your consent. You also have the option to opt-out of these cookies. But opting out of some of these cookies may affect your browsing experience.
Necessary Always Enabled
Necessary cookies are absolutely essential for the website to function properly. This category only includes cookies that ensures basic functionalities and security features of the website. These cookies do not store any personal information.
Non-necessary
Any cookies that may not be particularly necessary for the website to function and is used specifically to collect user personal data via analytics, ads, other embedded contents are termed as non-necessary cookies. It is mandatory to procure user consent prior to running these cookies on your website.
SAVE & ACCEPT
Scroll to Top