The recognition of commitment and passion

We pursue excellence, not awards. But this is precisely the path that leads to them, these prizes. Only by aspiring to produce the best, always surpassing any and all expectations, risking more and gaining in knowledge, is excellence eventually recognized.

This is the path that Julia de Melo Kemper intuitively and passionately began to pursue when, in 2003, she accepted her father’s challenge to continue the family legacy in search of? her share of the Dão wine paradise. While the terroirs she has been cultivating since then are hidden in the mountainous landscape of Oliveira, in Mangualde, the fruit of his expertise now runs the world. And it runs it wisely and with recognition, holding in its hand a universal passport granted by its peers and those who are keen and fond of this extraordinary thing called wine. This is the liquid that is capable of uniting men and wills, inspiring artists and sealing pacts, the one we also trust to celebrate the most important events of a lifetime.

Julia’s wines and the awards too

Julia Kemper wines are now on any list of award-winning Portuguese wines, both nationally and internationally, and are often spoken of in the press, which was immediately captivated by this young woman’s journey. Curiosity may have prevailed initially, but since the 2008 harvest, after which the first of many awards emerged – at MundusVini Biofach 2010 in Germany – curiosity no longer justifies it. It became respect and consideration for the fruit of her work. A generous list of gold medals would literally put Julia’s wines in the mouths of the world. Since its inception, every year has been gold, celebration and victory, at various national and international exhibitions, as well as in prestigious specialty publications, notably Robert Parker’s The Wine Advocate, and The Wine Enthusiast, where many of Julia Kemper wines exceed 90 points in the demanding appreciation of experts. These honours attest to the quality of Julia Kemper wines and make it easy to understand why, 11 years after their arrival in the world and markets, they are sold all over the planet today.

Pride comes from afar, so does passion 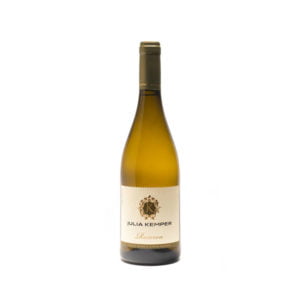 Since then, ever more awards, merits and distinctions have been added to the list, the last of which came from Japan in 2018, where the Julia Kemper White 2016 won the gold medal at the Sakura Japan Women’s Wine Awards 2018. A wine that had already reached, in 2017, 90 points in the publication The Wine Advocate and that would be recognized with the gold medal in the Best Wines of Dão – CVR Dão competition, already in 2019. This white wine joins the already extensive Gold-medaled wine list which includes, among many others, the Touriga Nacional 2012, the JK Elpenor Red 2011, the JK Elpenor Blanc de Noir – the latter distinguished with gold at the 2019 International Organic Wine Award –, or the Julia Kemper Selected Vineyards Noir Blanc of 2018, which reached 91 points from Robert Parker – The Wine Advocate.

The adventure began in the country’s capital in 1885, or perhaps even earlier, but this is the date of the earliest entry in competitions on record. It is a clear sign of the pride that the Melo family has always placed in their wines and in the work they have invested in them, year after year, as well as in the prizes they have collected nationally and internationally, and in the contests in which they always participated. In the annals of the family there is even a report of Julia Kemper’s grandfather’s trip to Berlin, when he took in his luggage some of his red wines along with equal parts of passion and enthusiasm.

This long journey discards ambitions other than just to understand the soil, to commune with it, to experience its daily challenges and the desire to turn them into victories, to share the adventure of each natural cycle. This is a path to an understanding of the elements that has as much to do with experimentation as with respect and, above all, of love. A biodynamic love, tutored in equality, and based on the greater understanding and acceptance that the part, any part, whatever its nature, vegetable or human, is a piece of the whole. For this reason, to speak of prized Portuguese wines is necessarily to speak of Julia Kemper and her knowledge and passion for wine.